The first edition of FIBRA Awards was a moment of great joy!

Some of our best campaigns received once again the industry’s recognition. 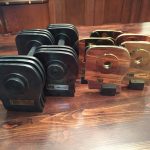 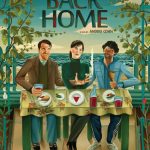 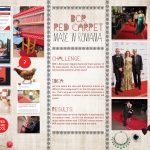 The Purity Test AQUA Carpatica, which won in 2015 Grand Effie for the most efficient campaign, was rewarded with the title Campaign of the Year at FIBRA. This campaign, that we are very proud of, also won other three important prizes:

Gold FIBRA Use of New Media for Direct Marketing

Also, the agency was rewarded with Bronze FIBRAExperiential/ Stunts for the campaign Red Carpet for Gopo, developed for BCR, and two GOLD FIBRA for Best Art Direction and Best Illustration, CRAFT, for the movie Back Home.

The “Purity Test” campaign developed for AQUA Carpatica meant a shift of communication for the category segment) of mineral water, in Romania, because it has offered data, information, instead of stereotype illustrations of nature that suggests the water that came from that nature is pure and clean. The case study with the campaign results can be watched here:

The campaign BCR Red CarpetforGopo has managed to synthetize the tradition and the Romanian cinematography with an unconventional activation, supported by BCR. The case study with the campaign’s results can be watched here:

We are very proud, also, for the prizes gained for CRAFT for the Back Home (Acasă la tata) movie poster: two GOLD FIBRA  ,Best Art Direction and Best Illustration. The poster ilustrates in a naive painting style the atmosfere of the movie, a Romanian country side one, very well known for it’s humor and self-irony.

The first edition of FIBRA Awards competition gathered 371 projects and 68 agencies and freelancers. The jury has given 3 GRAND FIBRA awards and 21 GOLD FIBRA awards, for the 14 categories and sections of the festival.

These are used to improve your browsing experience. Select the purposes for which you want this website to store your personal data. By continuing navigation, you agree to the use of our cookies.

Cookies are small text files that can be used by websites to make their use more efficient.

This site uses different types of cookies. Some cookies are placed by third party services that appear on our pages.